Every thoughtful person ought to create a special thanksgiving moment to honor God. Some people may claim they have nothing special to thank God for since their major needs are still unmet. However, if they could take a closer look into their lives, they will find many reasons to specially praise God for his goodness.

God is worthy of our praises; we ought to give him his deserved honor.

For example, a careful examination of King David’s life in the Bible provides much insight into how we can honor God with our praises.

David Praised God During His Time

David understood the importance of praising God, and he used the discovery to his advantage. The more he praised God, the more God blessed him. The man kept this routine until God had blessed him tremendously. He eventually became the king of his land.

David who had a humble beginning did not forget the mercy of God that he received to become successful. He honored God that brought him from the miry clay and set his feet upon the rock.

“He brought me up also out of an horrible pit, out of the miry clay, and set my feet upon a rock, and established my goings” (Psalm 40:2 KJV).

David was such a thoughtful worshiper to an extent that God called him “A man after my heart.” He was a thoughtful musician who praised God in articles, poem, and songs. He was also a good dancer and used dancing to praise God.

David was not a “casual worshiper.” He was not interested in spilling just any word to honor God. He carefully crafted his words to make God feel important. He spent ample time in the presence of God to thank him for all his benefits.

Who would blame David for going overboard to honor God with different moments of thanksgiving? He was thoughtful and had a good reflection of his past – all of which motivated him to honor God. The man had come face to face with death in multiple times and still lived. He had fought and prevailed over both the domestic and foreign enemies.

Besides the physical battles that David fought, he also had some psychological battles on his path. Everyone despised him (including his family members). His siblings once abandoned him in the farm while they enjoyed their family time at home. David’s father also wouldn’t consider him as anybody special as he failed to present him to a prophet that brought a royal opportunity for one of his children.

People despised and rejected David but God did not reject him. God raised him beyond everyone’s imagination; he became the king of Israel! So why would a person like David not praise God? 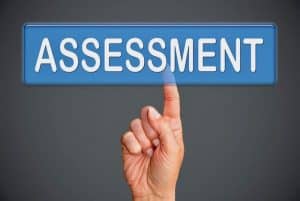 Assess Your Life And Praise God

[bctt tweet=”My friend, Where hath thou? Have you forgotten about the last help of God you received? Have you found any reason yet to dedicate a special thanksgiving moment to honor God? Maybe you should stop complaining! 🎏💝✌️#friends #help #moment #haveyou #praisegod” username=”funmimusics”]

Assess your life to find a good reason to dedicate a special thanksgiving moment for God.

If you have evaluated your situations and concluded that life has not been favorable to you, I encourage you to take a closer look once more. I guarantee you will find tons of reasons to dedicate a special thanksgiving moment to honor God!

Evaluate your life to discover how fortunate you are as a child of God! Thank God for you and yours!

Let’s head back to the story of David:

David had a rough life; terrible things happened to him, yet he considered himself a fortunate person. David praised God for every bit of success he received from God. Consider the following three reasons about David:

Once the rubber had met the road for King David, he reflected on the goodness of God for safety and provisions, and he specially praised God.

David reflected on his past and present life. My friend, I challenge you to do likewise! Take a closer look at your life; look for one reason, and one more additional reason to praise God.

David did not just run his mouth in pretense for a worship engagement, he planned and crafted how he would worship God. That is, he practicalized his worship to God. One of his special thanksgiving moment is found in 1 Chronicles 17:16-17.


David left the comfort of his palace and crossed some streets until he got to the temple. He sat in God’s presence and began to count his blessings. (He named them one by one). The scripture reported,

Then King David went in and sat before the Lord, and he said: “Who am I, Lord God, and what is my family, that you have brought me this far? And as if this were not enough in your sight, my God, you have spoken about the future of the house of your servant. You, Lord God, have looked at me as though I were the most exalted of men” (1 Chronicles 17:16-17).


If somebody like King David could find a reason to praise God, so can you!

Come to think of it, do you think you deserve what you’ve gotten? Do you realize how many people still covet the opportunity that you already have? Please, don’t make a mistake of thinking you earned what you’ve received. The truth of the matter is “You are what you are by the grace of God!”

Don’t hesitate to create a special thanksgiving moment to praise God. Practice this and watch God perform his wonders in your life!